Compared to their counterparts who were not diagnosed with Attention-deficit Hyperactivity Disorder (ADHD), participants diagnosed with ADHD in this Dutch sample demonstrated more frequent psychological, minor physical and clinician rated interpersonal violence (IPV). In addition, the ADHD group had higher rates of various comorbid psychiatric disorders, including a mood disorder, substance use disorder, and personality disorder. This is the bottom line of a recently published article in The International Journal of Forensic Mental Health. Below is a summary of the research and findings as well as a translation of this research into practice. 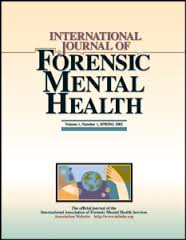 Next Up: Breakout Rooms

“Intimate partner violence (IPV) involves physical, psychological or sexual aggression by a current or former intimate partner…and is a serious public health concern…One of the known intrapersonal risk factors associated with IPV is the presence of Attention-deficit Hyperactivity Disorder (ADHD)…Case control studies showed positive associations between adult ADHD and presence of IPV…Further, cohort studies showed positive associations between IPV and hyperactive symptoms…inattentive symptoms…and impulsivity…it is still unknown if, in IPV cases, ADHD influences the frequency of IPV in general, or of specific types of IPV…the first research question for the present study is if offenders of IPV with ADHD differ from offenders without ADHD with respect to frequency of physical, psychological, and sexual IPV.” p.142-143

“It is important to understand the role of comorbidity because ADHD is often associated with various comorbid disorders, such as anxiety and mood disorders, substance use disorders, and personality disorders…This leads to the second research question: is the association between ADHD and IPV offending solely due to ADHD symptoms or partly mediated by comorbid disorders…we hypothesize that an ADHD diagnosis is associated with more frequent IPV, even when controlling for comorbidities. The aims of the present study are therefore to (1) investigate whether and how offenders of IPV with ADHD differ from offenders without ADHD with respect to frequency of physical, psychological, and sexual IPV, and (2) study whether found differences were due to the ADHD diagnosis or to any comorbid conditions. To meet these aims, we examined frequency of minor and severe physical, psychological, and sexual IPV and injury of adult forensic outpatients who are referred for IPV offending, and compared the group with ADHD to the group without ADHD.”p.143