The fight to remain silent: Individuals with intellectual disability and their involvement in the legal system and custodial interrogations

Information regarding intelligence may be used to predict an individual’s Miranda abilities and emphasized concerns that people with intellectual disability are at a significant risk to make uninformed waivers of their rights. This is the bottom line of a recently published article in Law and Human Behavior. Below is a summary of the research and findings as well as a translation of this research into practice.

The Predictive Power of Intelligence: Miranda Abilities of Individuals With Intellectual Disability

“In 1966, the Supreme Court of the United States made a land- mark decision regarding constitutional rights in custodial situations. In the case of Miranda v. Arizona (1966), the Justices ruled that safeguards must be put in place to ‘secure the privilege against self-incrimination’ (p. 444) and to provide the individual with access to an attorney to protect Sixth Amendment rights. The Miranda decision mandated that individuals in custodial settings must be informed of these protections, rather than relying on the assumption that individuals would preemptively know their rights. As per Miranda, defendants must be provided the following information, which may vary in wording by jurisdiction:
1. You have the right to remain silent.

2. Anything you say can and will be used against you.

3. You have the right to an attorney.

4. If you cannot afford an attorney, one will be appointed to you.

“The Miranda rights are afforded to all persons and can be waived by an individual provided that the waiver is made in a knowing, voluntary, and intelligent manner. However, the Miranda decision did not specify a standardized procedure for determining the validity of a waiver. Instead, decisions regarding the acceptableness of a waiver are often left to the discretion of law enforcement officers presiding over the custodial situation. Existing studies regarding the comprehension of police warnings have repeatedly demonstrated that various members of the general adult population have difficulties understanding these constitutional rights. A paucity of understanding can lead to individuals executing uninformed decisions regarding their Miranda rights” (p. 61)

“Due to the popularity of crime-related media (e.g., TV, cinema, podcasts, etc.), people in the United States have increased exposure to the Miranda warning as portrayed by these outlets. Rogers (2008) noted this prevalence of partial exposure can lead to an inaccurate understanding of Miranda rights and cause misplaced confidence in one’s own understanding of these rights. Prior studies demonstrated that despite an increased prevalence of Miranda in the media, people still exhibit difficulties with recalling the Miranda rights” (p. 61).

“Beyond struggles with recall, existing research elucidates the problematic language of the Miranda warning. One such factor is that a 10th grade reading level, or higher, has been shown to be necessary to understand over 60 words commonly found in Miranda warnings” (p. 61).

“Apart from possible difficulties with the advanced reading levels, the general population does not understand the rights that are protected by the Miranda warnings. In both community samples (e.g., jury pools and college students) and samples of pretrial defendants, Rogers and colleagues, found that many participants did not know the right to remain silent was a protection afforded by the Constitution. The participants also reported that they believed remaining silent would have negative repercussions because it would appear as a portrayal of guilt. Approximately one third to over one half of both samples incorrectly assumed that statements could be made off the record and would not be used as evidence against them” (p. 61).

“In addition to misconceptions regarding the protections of Miranda, individuals evidence a lack of understanding of the consequences related to waiving Miranda” (p. 61).

“The current results indicated that verbal ability is the strongest predictor of Miranda recall and vocabulary knowledge of individuals with intellectual disability as measured by the SAMA. Contrary to what we expected, working memory did not demonstrate a significant relationship with Miranda abilities. These findings contribute to the growing body of knowledge about the impact of intellectual ability on psycholegal functioning and elucidate numerous considerations for assessing individuals with intellectual disability who interact with the legal system. Perhaps the most important finding from the current study is that individuals with intellectual disability display remarkably low abilities relevant to comprehending Miranda rights. This suggests that this population is at significant risk to execute Miranda waivers without the prerequisite proficiency to do so in a knowing, voluntary, and intelligent manner” (p. 66-67).

“Overall, the current study demonstrated that individuals with intellectual disability perform poorly on measures of Miranda knowledge and are significantly disadvantaged in the legal system. These individuals’ cognitive limitations, coupled with high Miranda waiver rates among justice-involved individuals, may cause individuals with intellectual disability to become involved in a system that is incapable of safeguarding their rights. Additionally, it further strengthens the emphasis on the need for competency evaluations regarding Miranda waivers for individuals suspected of presenting with intellectual disability. The utility of intelligence in predicting Miranda abilities may be a useful reference for forensic evaluators or legal professionals in determining a defendant’s probable level of comprehension. Evidence of impaired verbal abilities may be indicative of impaired Miranda understanding and reasoning” (p. 69). 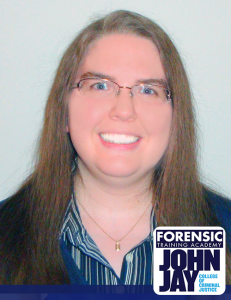