Outpatient competency restoration programs (OCRP’s) demonstrate high competency restoration rates, low program failure rates, and financial savings for state institutions. This is the bottom line of a recently published article in Psychology, Public Policy, and Law. Below is a summary of the research and findings as well as a translation of this research into practice.

Lookin’ for Beds in All the Wrong Places: Outpatient Competency Restoration as a Promising Approach to Modern Challenges

In response to consistently increasing numbers of individuals found incompetent to stand trial, some states have identified community-based or “outpatient” competency restoration programs (OCRPs) as a viable alternative to inpatient restoration. This study used a multistep approach to capture information about OCRPs nationwide. We reviewed states’ competency statutes to determine which states have provisions that allow for outpatient competency restoration, and we then corroborated this review with a brief preliminary survey that was disseminated to each representative of the Forensic Division of the National Association of State Mental Health Program Directors. We received responses from 48 of 51 U.S. jurisdictions (47 states and the District of Columbia). We conducted in-depth interviews with forensic representatives in those 16 states that identified having operational OCRPS. The current study presents our analysis of state statutes and then compares and contrasts current OCRPs. In summary, OCRPs are a recent but rapidly developing alternative to traditional inpatient restoration. Through a comparison of existing OCRPs, we believe OCRPs show preliminary but promising outcomes in terms of high restoration rates, low program failure rates, and substantial cost savings

“In contrast, less attention has been given to competency restoration—the treatment and service array required by persons adjudicated as IST… When a person is adjudicated as IST, legal proceedings are typically put on temporary hiatus and the person is remanded to competency restoration. Restoration usually involves some combination of psychiatric medication, mental health treatment, psycho-education about the legal process, and consistent evaluation regarding progress, although experts disagree about the relative importance of these approaches in various cases. Courtroom status hearings are usually held at regular intervals to gauge progress, often with the input of updated competency evaluations and/or progress updates from treating professionals. A person will typically remain in restoration until he or she is “restored” to competency or until the court is convinced that the person is unable or significantly unlikely to regain competency in the future” (p. 294).

The present study served to update and expand Miller’s (2003) study examining the benefits of OCRP’s. National Association of State Mental Health Program Directors were contacted to participate in a survey asking whether their state had any OCRP’s in operation. A total of 48 directors responded, creating a list of 16 states that allow outpatient restoration. After the initial survey, an additional survey was administered to the same respondents that consisted of a semi-structured interview examining the following: size and longevity of OCRP’s, demographics of participants, clinical status of the participants, admission procedures, jail-based competency restoration, agencies providing OCRP services, location, staffing, and scope of restoration services, and several other outcome measures.

An analysis of OCRP’s in operation revealed that, “while 44 states’ statutes (86.3%) either explicitly or tacitly allow outpatient competency restoration, only 16 (31.4%) states had OCRPs in operation. In other words, while most states can do outpatient competency restoration, most states do not… however several states without OCRPs surveyed in this project mentioned that they are actively planning OCRPs for the future” (p. 301). Overall, the present study’s results “indicate that OCRPs show generally positive results, including financial savings, increased inpatient bed capacity, maintenance of public safety, and high rates of restoration” (p. 299).

Although rates of competency restoration were considered high in general, “in this study, rates of competency restoration for outpatient programs were found to be slightly lower than reported rates for inpatient restoration programs (70.0% compared to inpatient restoration rates of 70% to 80%; Warren et al., 2013) … however, rather than finding the OCRP participant competent to stand trial, courts instead dismissed the individual’s charges. It seems that some courts view OCRPs as a chance for participants to establish a track record of stability in the community, albeit with enhanced structures and services, before releasing them from criminal commitment” (p. 301).

“In summary, OCRPs show great promise in addressing the challenges many states face regarding ever-increasing numbers of forensic referrals and commitments. OCRPs seem to provide an innovative outlet that can relieve state hospital capacity pressures at both the “front door” and “back door,” maintaining public safety, saving taxpayer dollars, and improving the efficiencies of both the criminal justice and mental health systems while concurrently promoting recovery and community reintegration of the participants themselves” (p. 303).

One concern with screening participants for OCRP’s is that administrators may be overly cautious about accepting individuals who have violent charges. “Perhaps instead of flatly denying any candidate with a violent charge, for example, programs might consider adding program elements to mitigate risk (e.g., increased monitoring, multiple reporting sources, individualized risk assessment and management planning, or increasing participants’ criminogenic insights) to enhance safety” (p. 302).

Finally, OCRP treatments are considered psycho-educational, thus limiting the ability for reimbursement. “This poses a serious barrier to many agencies who might be interested in providing such services. As a result, all of the formal programs in this study were funded from state dollars; nonreimbursed costs were still less expensive than analogous hospital costs for restoration services. Still, accessing funding for such services could create opportunities for private agencies or providers to operate OCRPs more effectively. Alternatively, graduate-level psychology programs with training clinics could offer OCRP services, since such clinics are typically operated as training clinics rather than for-profit clinics” (p. 302).

“Future research directions could include comparing the effectiveness of formal OCRPs to informal outpatient restoration programs. Additionally, research should be done to investigate why the average length of time to restoration for outpatient programs is longer than that found in analogous inpatient programs, and what implications those differing lengths of time may have on participants. Given the ethical dilemmas addressed earlier in the Discussion section, it would seem prudent to explore how certain programmatic elements in various OCRPs (e.g., housing, case management) correlate with program outcomes (e.g., length of restoration rates, negative outcomes). Finally, investigation into jail-based competency restoration programs should occur across programs to determine the effectiveness and limitations of such programs” (p. 302). 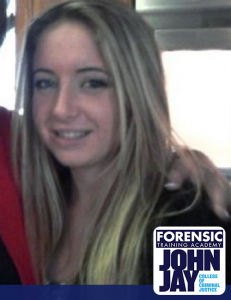