Examining the Unexplored Stigmas of Imprisoned Individuals in Mexico

Self-stigma and the correlates of self-stigma were explored in a sample of imprisoned individuals in Mexico. Depression, mania, and anger were significantly related to self-esteem scores, and education and mania significantly predicted agreement with public stereotypes. This is the bottom line of a recently published article in the International Journal of Forensic Mental Health. Below is a summary of the research and findings as well as a translation of this research into practice.

Prisons in Mexico, like other countries, struggle to house and effectively treat individuals with mental illness. This study on 194 male Mexican prisoners managing mental disorders aims to 1) explore what mental health symptomology is associated with self-stigma and 2) identify what mental health symptomology predicts increased self-stigma. Results found that depression, mania, and anger significantly predicted harm to self-esteem scores, and education and mania significantly predicted agreement and application subscales. Given the increased number of imprisoned individuals with mental illness in Mexico and minimal treatment available, these findings support the importance of implementing self-stigma interventions within prisons.

“Mexico has one of the highest imprisonment rates in the world, ranking among the top ten countries with the highest prison population rates…Moreover, the increased prevalence of mental health disorders among imprisoned individuals in Mexico, the United States and other countries…suggest a world-wide challenge within prison systems…Although public stigma has been explored among imprisoned individuals, research on self-stigma within this population is scarce… This study presents implications for direct practice in Mexico, specifically understanding the impact of self-stigma on the well-being and broader mental health of the prison population in Mexico” (p.265).

“Given the clinical thresholds and ranges of the measures used, rates of mental health symptomatology were relatively low among our sample. However, this could be due to the fact that they are imprisoned in a specialty prison designed to treat psychosocial conditions…However, there were higher mean scores of stereotype agreement, stereotype self-concurrence and self-esteem decrement than previous studies…Anxiety, mania, Global Severity Index (GSI), and depression were all significantly positively correlated with both stereotype agreement and stereotype self-occurrence. As anxiety and depression often involve cognitive distortions, it is not surprising that these diagnoses would be associated with an agreement of public stereotypes and an internalization of them…” (p. 271-272).

“Different approaches to interventions for self-stigma exist…Social support through the role of family has also been identified as a potential option to increase treatment engagement amongst Mexicans…Moore and colleagues (2018) recommend using a combination of cognitive-behavioral treatment strategies as well [as] strategies addressing structural criminogenic risk factors to intervene at multiple levels of self-stigma…Reducing stigma among this population and increas[ing] their access to mental health care is both cost-effective and critical to decrease the growing prison population in Mexico. Findings from this study elucidate the need for policies within Mexico to allocate more funding and resources to the prison system to address the mental health needs of imprisoned individuals” (p.273).

“It is also important to note that higher rates of self-stigma have been associated with decreased success in community participation and reintegration…Thus, intervening within the prison system is important. Self-stigmatization is linked to a ‘why try’ effect, where stigmatization interferes with goal-setting and future life planning…Responses to self-stigma can thus interfere with functioning and lead to maladaptive behaviors, poorer mental health, and difficulty participating in the community…In Mexico, some sources have cited an astonishing recidivism rate of 80 to 90%…Without adequate treatment, individuals released from prison are more likely to relapse and engage in similar behaviors to those that prompted their criminal justice involvement…” (p.272-273). 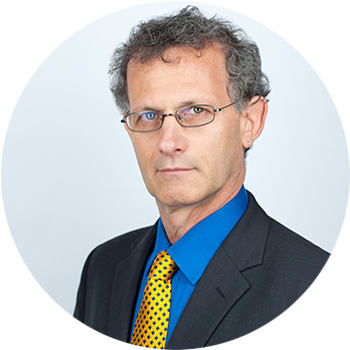