John A. Tuell currently serves as the Executive Director for the Robert F. Kennedy National Resource Center for Juvenile Justice at Robert F. Kennedy Children’s Action Corps. The National Resource Center focuses on practice and policy reform through an active commitment to field-based partnerships with state, local, and federal agencies dedicated to improving the lives of our nation’s youth. Mr. Tuell has devoted his entire professional career to practice within and reform on behalf of the juvenile justice and related youth-serving systems. Mr. Tuell began his career in the Fairfax County, Virginia Juvenile and Domestic Relations District Court by working as a probation, intake, and residential group care worker and manager from 1979-1996. Mr. Tuell then served in the U.S. Department of Justice (1996-2001), during which time he served as the Deputy Director of the State Relations and Assistance Division in the Office of Juvenile Justice and Delinquency Prevention (OJJDP). He also served as the Director of the newly created Juvenile Justice Division at the Child Welfare League of America (CWLA) from 2001-2009. Mr. Tuell then began his affiliation with the Robert F. Kennedy Children’s Action Corps, providing consultation, technical assistance, and training in juvenile justice, child welfare, and multi-system reform and quality improvement until his appointment to his current position in January 2013. Mr. Tuell has been an author and contributing author to numerous publications that support the work of the National Resource Center’s Dual Status Youth, Probation System Reform, and Alternative Response initiatives. Mr. Tuell was a member of the Executive Committee, providing advisement to the MacArthur Foundation’s decade-long Models for Change: System Reform in Juvenile Justice. He also served on the National Academy of Science’s Committee that authored Implementing Juvenile Justice Reform: The Federal Role (2014), which set forth a detailed and prioritized strategic plan that the federal government should use to support a developmental approach to juvenile justice reform. Mr. Tuell earned his Bachelor of Social Work degree from James Madison University and his Master of Arts degree in Criminal Justice from George Washington University. He is the proud father of two sons, Austin (age 31) and Zachary (age 26), who are both experiencing professional success after enjoying outstanding achievements in high school and collegiate sports (football and lacrosse). 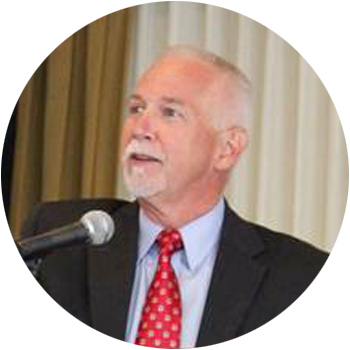