This On Demand professional training program on ADHD and FASD: Similarities, Differences, and Clinical and Forensic Implications is presented by Jerrod Brown, PhD.

Attention-deficit/hyperactivity disorder (ADHD) is a neurodevelopmental disorder defined by pervasive inattention and hyperactivity. These symptoms can severely interfere with functioning in school, work, social, and home settings. ADHD typically emerges during childhood or adolescence and carries on into adulthood for approximately half of all cases. This disorder afflicts over 5% of children and 2% of adults in the general population. Prevalence rates of ADHD are even higher among subpopulations like youths and adults entangled in the criminal justice system. In contrast, fetal alcohol syndrome disorder (FASD) is precipitated by prenatal exposure to alcohol. The disorder can consist of deficits in cognitive (i.e., memory and behavioral control) and adaptive functioning (i.e., social, verbal and non-verbal communication, problem-solving). Prevalence estimates in the general population are believed to be as high as 5%. However, these prevalence rates are likely under-estimates as FASD is notoriously difficult to accurately identify and diagnose. These troubles are often attributed to the fact that (a) only a minority of FASD cases present with facial malformations (e.g., smooth philtrum or thin vermillion) and (b) FASD has high levels of comorbidity with other disorders (e.g., ADHD). The high levels of comorbidity between FASD and ADHD is not surprising, as both disorders are characterized by inattentiveness and impulsivity. Nonetheless, it remains essential to disentangle these disorders because individuals with each respective disorder may benefit from different treatments, medications, and services. This is particularly salient in forensic and criminal justice contexts where symptoms of both disorders can have deleterious impacts in police investigation, trial, and corrections settings. As such, greater awareness of ADHD and FASD among legal, forensic, and mental health professionals is of paramount importance. This training examines the similarities and differences between ADHD and FASD as well as the clinical and forensic implications for each disorder. 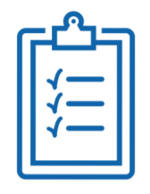 APA, ASWB, CPA, NBCC Click here for state and other regional board approvals.

Upon completion of this program you will be able to:

Describe the similarities and differences between ADHD and FASD

Describe evidence-based intervention and treatment techniques for ADHD and FASD

Jerrod Brown, Ph.D., is a professor, trainer, researcher, and consultant with multiple years of experience teaching collegiate courses. Jerrod is also the founder and CEO of the American Institute for the Advancement of Forensic Studies (AIAFS) and the Editor-in-Chief of Forensic Scholars Today...

View More Programs from this Presenter

Develop a Specialty Area of Practice

Professional training developed and delivered by the field's leading experts

Learn at your own pace, from wherever you might be!