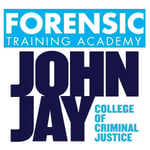 Situational risk factors common to patrol policing—such as discretion, novice status, crime focus, cognitive demand, and identity threats—can make bias more likely to result in discrimination. This is the bottom line of a recently published article in Psychology, Public Policy, and Law. Below is a summary of this research review.

The Psychological Science of Racial Bias and Policing

What can the social psychology of racial bias teach us about the potential for racial bias in policing? Because social psychological research is mostly laboratory based and rarely includes police officers, direct generalizability is limited. However, social psychology has identified robust risk factors that make individuals more likely to engage in disparate treatment— even without overt prejudice. This article maps these situational risk factors to common experiences in modern patrol policing. Specifically, we identify the following situations common to patrol policing as risk factors that make bias more likely to result in discrimination: discretion, novice status, crime focus, cognitive demand, and identity threats. Where possible, we also review studies that include officers, and take place in policing-relevant contexts. With the map provided in this article, we exhort psychologists to translate previous laboratory findings to field settings to advance the practice of democratic policing and expand the science of bias.

“In the two-and-a-half years since Officer Darren Wilson shot and killed Michael Brown, Jr. in Ferguson, Missouri, violent encounters between police and communities have frequently dominated America’s news cycle. The fact that so many of these encounters feature officers shooting a Black man—who is often unarmed— has also heightened concerns that race plays a troubling role in policing and in the broader society” (p. 398).
“Despite a sizable literature and an appropriate framework for diagnosing contexts within policing that are vulnerable to discriminatory behavior, few empirical psychological studies engage police officers or even realistic police-relevant contexts” (p. 398).

“We organize the article in terms of five experiences common to contemporary policing, each of which corresponds to robust categories of risk factors for discriminatory behavior: discretion, being a novice, crime focus, cognitive demand, and identity threats” (p. 398).

“We have chosen to focus on the experiences of patrol officers in part because the majority of contact between law enforcement and residents occurs with officers patrolling a ‘beat.’. To be sure, nonpatrol activities also present risks for engaging in discriminatory behavior. For example biases may skew how/when/whether an officer interviews witnesses, structures a lineup, or interprets evidence. But these are beyond the scope of the present article” (p. 399).

Discretion
“Situations in which officers can exercise discretion can make disparate outcomes more likely because discretion allows officers’ prejudice to influence their decisions. One form of explicit prejudice that may be more likely to influence decisions in patrol situations when officers may exercise discretion, is social dominance orientation (SDO). SDO measures individuals’ support for hierarchies that discriminate against members of lower social strata” (p. 399).

“SDO tends to be higher in police officers compared with members of the general public, college students, and public defenders, even controlling for demographic variables” (p. 399).
“Having more discretion and, in particular, having multiple possible explanations for one’s behavior, increases the likelihood that discrimination will result from a form of bias known as aversive racism. In the literature on aversive racism, individuals explicitly affirm their egalitarian values, but on some level they also hold implicit biases and/or negative affective responses to members of stigmatized groups, a dissonant feeling they find uncomfortable or ‘aversive’” (p. 399).

“Laboratory experiments of aversive racism demonstrate how ambiguous social situations with multiple possible courses of action and alternative explanations for discrimination can present opportunities for aversive racism to translate into discriminatory patterns of behavior” (p. 400).

“It is important to note that although no research has directly examined aversive racism in policing, it is reasonable to hypothesize that increased levels of officer discretion may also facilitate biased behavior in line with an aversive racism framework” ( p. 400).

“The degree to which someone looks like the stereotype of one’s group may also influence perceptions, decision-making, and behaviors in ambiguous situations” (p. 400).
“The stereo typicality of a target has also been linked to higher levels of ‘shooter bias’ in computer simulations and even an increased likelihood of the death penalty. Again, this research suggests that further research on the role of suspects’ racial stereotypicality in police decisions is both necessary and urgent” (p. 400).

Being a Novice
“As individual officers gain experience, they are vulnerable to the effects of being a novice. For officers, this may manifest as they acclimate to their patrol responsibilities, to police culture, or to the cultures of the neighborhoods they patrol. Across several domains in psychology, the literature on task expertise concludes that individuals with more practice tend to be more likely to complete tasks accurately and less likely to engage in discrimination” (p. 400).

“Payne and colleagues created one of the first laboratory ‘shooting’ related tasks, observing racial bias in student participants’ errors when detecting whether they saw a gun or a tool, and showing empirical support for one reason why shooting decisions tend to be racially biased: people may be more likely to mistake an object for a gun, when primed with images of Black compared with White men” (p. 401).

“SDO, which broadly predicts greater levels of racially discriminatory behavior is both more common in police recruits and increases further with time on the force. Although existing findings do not provide sufficient grounds for making stronger claims, these findings provide sufficient reason to call for additional research in this area” (p. 401).

Crime Focus
“Policing has always emphasized officers’ role in controlling crime, even at the expense of other important goals such as protecting the public safety, providing service to the public, having positive interactions with civilians, or being accurate” (p. 401).
“An example of racial stereotypes strengthened by a focus on crime, Payne and colleagues have developed a program of research showing a bias toward identifying guns (compared with nongun objects) following brief exposure to Black faces compared with White faces). In particular, this research has shown that participants are more likely to mistakenly identify nongun objects as guns when the objects are paired with images of Black men’s faces, compared with when they are paired with images of White men’s faces. In these experiments, participants receive instructions to identify each object that appears on a computer screen as either a gun or a tool—while ignoring images of faces” (p. 402).

Cognitive Demand
“One reason modern patrol policing is such a challenging job is that officers experience sometimes-life-threatening situations in which they must make a decision very quickly, or in which there are many simultaneous demands on their attention. Psychological models of human attention tend to show that people have limited capacity for processing information simultaneously” (p. 402).

“Black-crime associations are especially likely to result in discrimination in situations in which officers have to make decisions very quickly, a common situation encountered in modern patrol policing” ( p. 402).
“When given a short response deadline, participants are significantly more likely to mistake a tool for a gun when paired with a Black versus White man’s face. In other words, when faced with a split-second decision, race influenced participants’ tendency to perceive a gun that was not actually there” (p. 403).

Identity Threats
“With public perceptions that racial disparities in policing reflect a broader problem of racial bias, it may not be surprising that a recent Pew study found fully 86% of officers believe that high- profile incidents of anti-Black violence have made their jobs harder. Similarly, 68% of officers in the same study believed protests following fatal shootings were motivated by antipolice bias. Whether or not officers’ jobs have become harder due to factors like decreased civilian compliance, officers’ subjective experience of being seen as prejudiced can also influence their cognition and behavior” (p. 403).

“The dynamic nature of social identities means that social situations can threaten the self-concept by making a particular group membership salient. Occasionally, this dynamic property of social identities can be harnessed, resulting in less negative outcomes. For instance, Dovidio, Gaertner and colleagues have found that asking participants to think of themselves at broader levels of collective identity, thereby creating a “common ingroup identity,” can effectively shift the inclusiveness of the ingroup, and therefore reduce intergroup bias” (p. 404).
“What can the psychological science of bias tell us about racial disparities in policing? At present, it is too early to know for certain. But in advance of achieving that certainty, the science does leave clues about where scientists can look to find evidence” (p. 406).
“What the present article has done is to demonstrate that, despite the lack of social psychological research on racial bias in policing, there is ample reason to suspect that social psychological factors play a role in policing outcomes” (p. 406).

“Aversive racism also predicts discrimination in outcomes like hiring and college admission decisions. Though a preference may not emerge between highly qualified Black and White applicants, when choosing between middling applicants, aversive racism results in a strong preference for the White applicant versus the Black applicant. Though conducted in the laboratory, these studies serve as proof of concept that aversive racism results in discriminatory behaviors and biased outcomes, especially when accountability for participants’ actions is ambiguous—in this case, when choosing between middling applicants, participants could easily attribute their choice of the White applicant to some factor other than applicant race” (p. 400).

Charlie McNess is currently the Clinical Coordinator of EAC Brooklyn CRAN, she received her Master’s degree in General Psychology from New York University in 2016. Her research interests include criminal justice diversion.