Assessment of protective factors provides an under-utilized but highly effective are of focus for risk management and recidivism reduction. This is the bottom line of a recently published article in Psychological Assessment. Below is a summary of the research and findings as well as a translation of this research into practice. 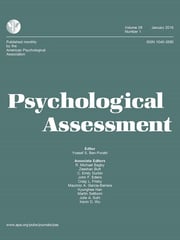 “Protective factors might have salutary benefits and be linked to positive outcomes for the individual. And though searching for positive qualities in forensic clientele that have the potential to mitigate risk and improve prospects for successful reintegration might lend some hope and cautious optimism to forensic evaluations, the failure to assess protective factors arguably can mean more than simply missing out on a good thing. Miller (2006) argued that the narrow focus on risk factors in violence risk assessment might generate pessimism among therapists and feeds an attitude toward the overprediction of recidivism rather than other potentially positive outcomes (e.g., getting a job, sustaining a family, completing one’s education, obtaining stable accommodations).” (p.493)

“Unlike risk factors, which are linked to an increase in an offender’s likelihood of reoffending, protective factors are hypothesized to have a buffering effect on risk; however, it is as yet unclear whether protective factors have a mediating or moderating role in the relationship of violence risk to recidivism. True to this hypothesis, protective factors have long been included as an underaddressed component of the risk–need–responsivity (RNR) model of effective correctional treatment” (p.494)

“Recent attempts have been made to generate structured checklists of protective factors for use with forensic populations, with encouraging results. For instance, the Structured Assessment of Protective Factors (SAPROF; De Vogel, De Ruiter, Bouman, & De Vries Robbé, 2009) comprises 17 protective factors, which the authors defined as “any characteristic of a person, his/her environment or situation which reduces the risk of future violent behavior”. The SAPROF contains two static and 15 dynamic protective factors divided into three classes of items: internal, motivational, and external. A growing research literature has examined the use of the SAPROF in the prediction of a range of community and institutional recidivism outcomes.” (p.494)
“The growing literature on the SAPROF is deservedly positive, although some unanswered questions linger. One potential issue is that some of the SAPROF’s protective factors appear to have been operationalized to measure the absence of risk factors rather than the presence of protective factors, and thus, much of the SAPROF’s ability to predict future violence could be due to its measurement of risk rather than protection per se (e.g., the item “social network” has been operationalized as supportive peers who are not antisocial rather than the presence of supportive prosocial peers).” (p.494)

“The present study sample was broadly high risk and need consistent with the mandate of this violence reduction treatment program. The mean VRS pretreatment total score was 57.8 (SD =9.7) corresponding to more than a full standard deviation above the normative sample mean of 41.9 (SD _ 16.4). As defined by the VRS risk categories, 81% of the sample was high risk for violent recidivism, 15% was medium risk, and 4% was low risk. Similarly, the mean HCR-20 total was 28.2 (SD = 5.5), which is consistent with high-risk needs samples in North America, and 77% of the men receiving an HCR-20 summary risk rating of high.” (p.499)

“…the SAPROF and PF List had large positive correlations, indicating the measurement of a common underlying protective factors construct. Change scores on these two measures also had generally large positive correlations, particularly for change measurements of the same time interval; changes from the first time interval to the second time interval, however, tended not to be correlated. Second, the amount of protection was inversely associated with the level of risk. HCR-20 and VRS static/historical, dynamic, and total (Static + Dynamic) scores all had large significant negative correlations with the SAPROF and PF List at each of their time points. That is, higher risk men, with more serious offense histories and a greater density of criminogenic needs, had correspondingly fewer protective factors. As such, the underlying constructs of protection and risk (as assessed by these measures) do not appear to be completely independent and have significant shared variance. Finally, the men’s baseline risk level at the beginning of treatment had little association with their capacity to make positive changes protective factors over the course of treatment and prior to release. Specifically, static/historical and pretreatment dynamic and total scores were not significantly associated with changes on either protective factors measure; however, treatment-related re-ductions in risk as reflected in the HCR-20 and VRS change scores, were significantly positively associated with concordant improvements in protective factors, particularly from pre to posttreatment. Thus, the pattern of associations would suggest that changes on the protective factors have risk relevance.” (pp.499-500)

“The PF List significantly predicted violent nonrecidivism, with scores taken at pretreatment evidencing a small AUC magnitude, posttreatment scores showing a moderate effect, and prerelease scores having a large effect; in short, the more proximal or recent the assessment, the larger the prediction effect size magnitude. SAPROF scores had broadly moderate predictive accuracy for violent nonrecidivism, with the internal and motivational sections and the scale total demonstrating the most consistent effect, as well as successive increases in AUC magnitude with more proximal assessments. The SAPROF external factors were the least predictive and only prerelease measurements were significantly predictive of any outcomes.” (pp.500-501)

“…the PF List and SAPROF each predicted community and institutional recidivism; specifically, low protection, was associated with increased rates of violent and general recidivism, as well as a greater frequency and severity of institutional misconduct; conversely, high protection was associated with higher levels of nonrecidvism in the community and within the institution. The magnitude of predictive associations was broadly on par with the AUC magnitudes typically seen for violence risk assessment measures reported in the meta-analytic literature and also consistent with past SAPROF research on forensic psychiatric samples in The Netherlands.” (p. 504)

“It would stand to reason that if risk measures can predict more “bad outcomes,” they should also predict fewer “good” outcomes, whereas protective factors, which are operationalized positively, should also predict positive community outcomes (e.g., employment, stable housing). In keeping with this line of reasoning, medium-to-large positive correlations were observed between all protection scales and positive community outcome items, except weaker results for the SAPROF external scale as seen in the recidivism analyses. Multiple regression analyses further demonstrated that baseline risk scores (i.e., VRS or HCR-20) uniquely predicted fewer positive community outcomes while pre–post changes in risk initially uniquely predicted increased positive outcomes. When measures of protective factors and cumulative changes therein were entered into the regressions, these became uniquely positively associated with positive community outcomes, whereas risk change was no longer significantly predictive of this outcome. (Baseline risk continued to predict fewer good outcomes irrespective of controls.)” (p.506)

“Our interpretation of this is that the risk and protective factors measures assess different but overlapping constructs. Scores on risk measures consistently and reliably predict negative outcomes such as increased recidivism or poor community adjustment, and positive risk changes measured therein are more likely to be prognostic of reduced recidivism. There are arguably salutary benefits to reducing risk for future violence or recidivism in general and that doing so will entail the development of prosocial skills, strategies, supports, and resources that mitigate risk and aid in successful reintegration. But not reoffending is not the same thing as functioning well; the latter is a domain where protective factors might have considerable promise. These results speak to the potential value of protective factors in the rehabilitation and successful reintegration of offenders beyond the prediction of recidivism.” (p.506)

“The notion of bolstering strengths, capitalizing on resiliencies, and harnessing protective factors has appeal and can augment risk assessment and management. There is arguably more to community reintegration than simply not reoffending violently; there is much that is inherently positive and rewarding about leading a life free of violence. Naturally, reductions in violent offending might open the door to positive community outcomes such as keeping a job, enjoying more harmonious and stable relationships, or being able to take advantage of prosocial leisure opportunities and freedoms not typically offered within a custodial setting. But the promotion of protective factors is in line with promoting health and wellbeing; helping men move on to satisfying and rewarding lives that are worth living.” (p.507)

“To our knowledge, the present study is the first to examine the prediction of positive community outcomes using protection measures, particularly in a correctional setting. Although the present study was an archival retrospective design, the information sources were highly comprehensive and there was high fidelity in coding to yield quality data. Of note, however, was that variables from the SAPROF’s external subscale were more challenging to rate as many of the items related to release planning (e.g., housing and professional care upon release into community), were generally in very early stages when the men commenced treatment. De Vries Robbé et al. (2011) similarly noted difficulties rating these variables from file review. In part, this might explain the lower interrater agreement observed for the SAPROF external scale and the weaker predictive findings between the external scale and the outcome variables.” (p.507) 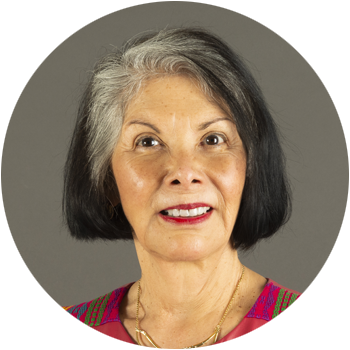