Crazy, Dangerous, or Intoxicated? How Police Assess for Mental Illness

Improved education, communication, and training are needed for police officers to effectively and safely assess for mental illness while on duty. This is the bottom line of a 2018 published article in Victims & Offenders. Below is a summary of the research and findings as well as a translation of this research into practice. 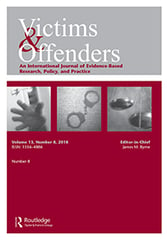 The authors examined how police officers assess for mental illnesses and how those assessments vary by location. Researchers conducted semistructured interviews with 15 officers working in two police districts in one city. Findings from the study indicate that officers make assessments based on information from dispatch, collateral contacts, and behavioral observations on the scene. The authors also found that neighborhood context shaped the assessment process due to variations in types of information that were available to officers in different locations. The findings indicate that there is a need to improve the quality of all three sources of information.

“The ability of police officers to correctly identify mental health symptoms could make a substantial difference in many aspects of the encounter, including the level of force, whether an individual is connected to an emergency mental health evaluation, and whether the individual is arrested. However, despite a growing body of literature on police encounters with persons with mental illnesses, little is known about how officers are making these assessments.” (p.1077)

“…the ability to identify signs of mental illness in suspected offenders could be crucial to the approach officers take during police encounters and the way in which a situation is resolved…research on police interactions found that police officers’ recognition of a mental illness reduced the likelihood that an individual would be arrested, whereas recognition of substance use increased the risk of arrest. Similarly…people with a mental illness were at increased risk for arrest if they were also using a substance at the time of police contact.
Taken together, [these studies] indicate that police officers might not always be able to recognize the presence of a mental illness.” (p.1077-1078)

“While [these trainings], such as those offered through Crisis Intervention Team (CIT) programs, have been shown to increase officers’ self-reported confidence and skills in recognizing signs of mental illness, much remains unknown about the ways in which officers use the information from trainings to assess for the presence of mental illness during the chaos of a live policing encounter. Research that examines the processes used by police officers to make mental health assessments on the street is important because officers are taught that, even with formal training, they must ultimately rely on their own judgment and experience when they encounter complex and ambiguous situations.” (p.1078)

“Research that has examined police officers’ decision-making processes during live encounters has suggested that over time officers develop “recipe rules” that is, working rules based on their experience regarding how they should behave in certain situations. Reacting intuitively is encouraged in the police officer training academy and further reinforced through officers’ experience on the job….officers were taught to act quickly and decisively when assessing situations that forced them to rely on something she called “commonsense knowledge”. (p. 1078)

“Because most police officers’ activities are geographically bound, the nature of public life within their district is likely to affect the recipe rules that officers develop and the ways in which the officers react to the situations and people they encounters. …in areas with high levels of deviance, such as those characterized by the public presence of drug dealing, prostitution, and violence, as well as dilapidated buildings and poor living conditions, officers find considerable overlap between offenders and victims. This type of social context can lead officers to see all members of the community as deviant and undeserving of help.” (p.1078)

“Officers participating in this study reported that information from police dispatch was usually conveyed to them by police radio before the officer arrived at the scene. Information provided by police dispatch included details related to the nature of the problem, the location of the incident, and the description of those involved.” (p.1081)

“The other type of dispatch information that officers reported using in their assessment of mental illness involved reports that a person might have a mental illness, be suicidal, or be the subject of an involuntary commitment.” (p.1082)

“In other cases, officers might have to rely on their behavioral assessments if they felt as if one or more collateral contact might be providing inaccurate information or intentionally omitting important details.” (p.1084)

“…officers reported relying heavily on their own behavioral observations of individuals during face-to-face interactions. These observations enabled officers to identify that an incident likely involved someone with a mental illness even if that information was not included in the call dispatch.” (p.1085)

“In recounting their encounters with people with mental illnesses, every officer in the study used the phrase “not right” when describing behaviors indicative of an altered mental status. Overall, the officers did not describe the behavior using diagnostic terms except when a collateral contact provided the terms for a specific mental diagnosis. In addition to the phrase “not right,” officers tended to use vague terms to describe a person’s mental status, including that the person was “absolutely gone” or had “left the reservation.” “ (p.1086)

“When officers in both districts were asked how they knew if a person had a mental illness, they typically had difficulty articulating a response. An officer in District A responded by saying, “Sometimes they have like—I don’t want to sound stereotypical—but they have like, like a look to them.” Officer 6 said, “You can tell right away that they all have the same look and that stuff.” The responses of these officers suggest officers rely on some type of commonsense element to the recognition of mental illness.” (p.1088)

“The results of this research provide a framework for the sources of information or commonsense knowledge that officers use in their interactions with citizens to identify mental illness. This framework can be used to develop strategies for augmenting formal training programs for police officers such as creating direct links between training programs and the information sources that officers use to assess for mental illness in their routine interactions.” (p.1088)

“In districts with a larger proportion of residential areas in which family or neighbors are more likely to have some knowledge of an individual’s mental illness, police departments should consider training emergency communicators to elicit information about mental illness from the caller, and then ensuring that information is relayed to officers. Emergency communicators or 911 operators could be trained on specific questions to ask callers and instructed in a protocol for sending the most relevant information.” (p.1088-1089)

“Findings from this study indicate that officers are aided in their assessment when people are willing to provide background information about individuals who may have a mental illness. If people within a community trust police officers, then the residents might be more likely to share accurate information. Likewise, when officers develop trust in people living in the district, then the officers might be more likely to trust the information they receive about an individual’s mental health or behavioral background. Increased background information could substantially assist officers in their assessment process, and thereby, improve the ways in which officers interact with individuals with mental illness. Additionally, police training can include content to help officers ask collateral contacts the type of questions that will produce the information the officers need to better assess a situation.” (p.1089)

“The officers’ conceptualization of mental illnesses as being characterized by bizarre behavior suggests that training programs should emphasize the wide range of signs and symptoms experienced by people with mental illnesses. Because police officers should not be asked to do the job of mental health clinicians, the identification of the specific mental illness is not as important as recognizing signs and symptoms of a range of diagnoses. Teaching officers to ask questions that assess for internal symptoms could enhance officers’ ability to recognize when people are experiencing cognitive or emotional issues.” (p.1089)

“…it is important for officers to be trained in how to recognize the presence of both substance use and mental illness. Ideally this training would teach officers about the types of questions that can be used to assess for mental illnesses and substance abuse so that they can recognize a fuller range of factors that might be impacting a person’s behavior.” (p.1090)

“Understanding some of the factors that influence the processes used by police officers to assess for mental illnesses is a crucial component of enhancing interventions that enable officers to refer people in mental health crises to qualified clinicians for in-depth evaluations. Study findings suggest that behavioral health professionals, in conjunction with police departments, must focus on improving not only police officers’ assessment skills, but also the quality of information available to the officers to inform their assessment. In addition, both police and behavioral health professionals should focus on developing a better understanding of how geographic context shapes officers’ assessments of mental illness conducted as part of their daily interactions with citizens.” (p.1090)