Below is an example of a violence risk assessment case, to give readers a better idea of how to assess violence risk.

Nature of the Evaluation:

Mr. Jon is a 20-year-old man admitted to a Forensic Psychiatric Center for restoration of fitness. He was charged with Assault in the 2nd Degree and other related charges based on allegations that he yelled at and punched an individual in the face. Specifically, legal records state that Mr. Jon is accused of punching a 63-year-old in the face causing substantial pain, swelling, and bruising. However, Mr. Jon’s charges were dropped. Therefore, this evaluation aims to evaluate the risk factors involved regarding a possible transfer to a civil facility. 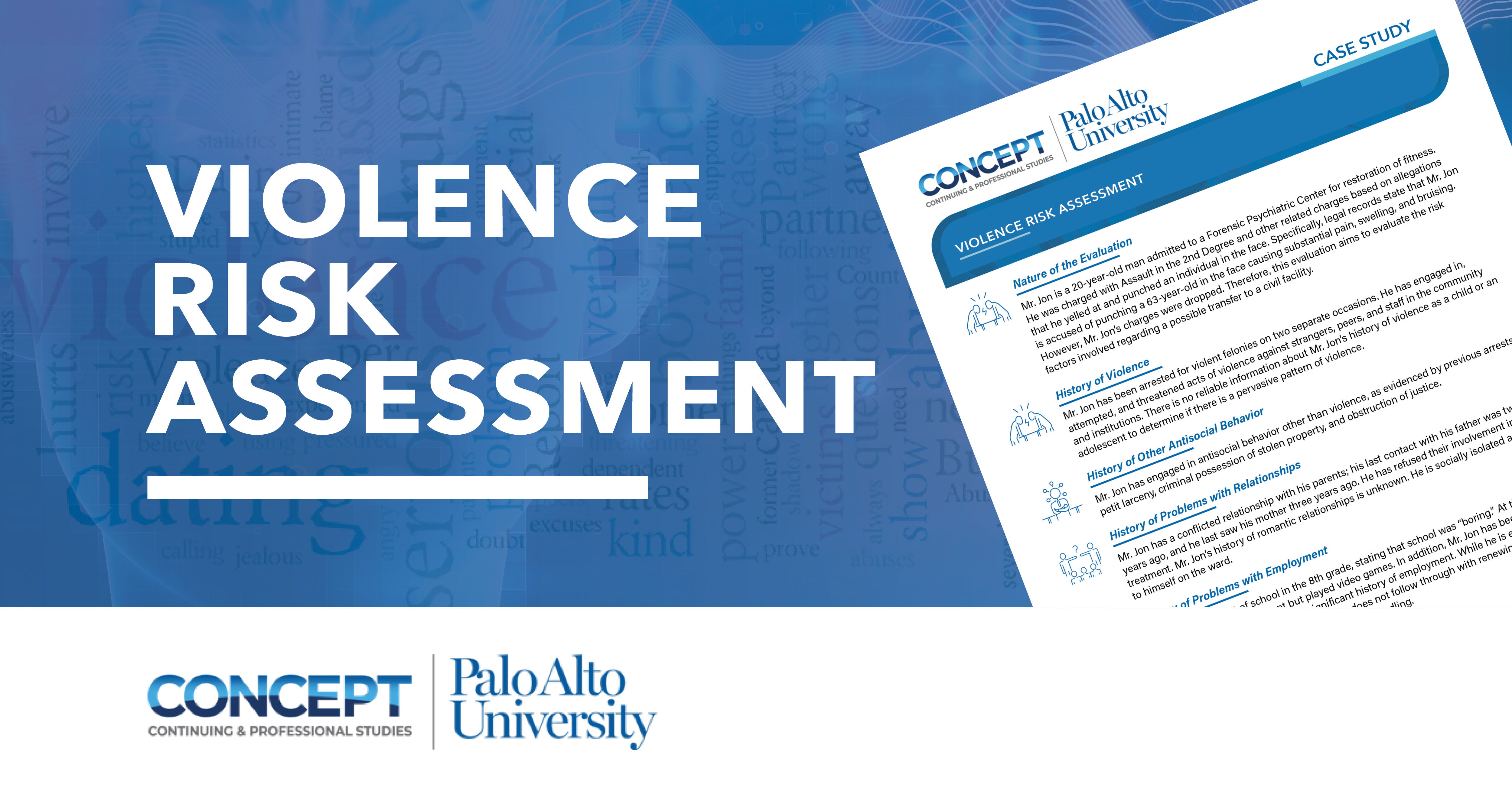 Mr. Jon has been arrested for violent felonies on two separate occasions. He has engaged in, attempted, and threatened acts of violence against strangers, peers, and staff in the community and institutions. There is no reliable information about Mr. Jon’s history of violence as a child or an adolescent to determine if there is a pervasive pattern of violence.

History of Other Antisocial Behavior

Mr. Jon has engaged in antisocial behavior other than violence, as evidenced by previous arrests for petit larceny, criminal possession of stolen property, and obstruction of justice.

History of Problems with Relationships

Mr. Jon has a conflicted relationship with his parents; his last contact with his father was two years ago, and he last saw his mother three years ago. He has refused their involvement in his treatment. Mr. Jon’s history of romantic relationships is unknown. He is socially isolated and keeps to himself on the ward.

History of Problems with Employment

Mr. Jon dropped out of school in the 8th grade, stating that school was “boring.” At that time, he did not obtain employment but played video games. In addition, Mr. Jon has been homeless for the last three years. He has no significant history of employment. While he is entitled to supplemental security income benefits, he does not follow through with renewing these benefits and reported that he supported himself by panhandling.

History of Substance Use

Mr. Jon has a history of substance use, including marijuana and K2 (synthetic marijuana).

Mr. Jon has schizophrenia. When symptomatic, he experiences incoherent speech, agitated and threatening behavior, and endorses paranoid delusions. His medical records note he has been psychiatrically hospitalized at least 20 times, the first being when he was 17. He has been diagnosed with schizophrenia and schizoaffective disorder and treated with the antipsychotics as a mood stabilizer, an antidepressant, and an antianxiety medication.

History of Problems with Treatment or Supervision Response

On numerous occasions, following discharge from inpatient settings, Mr. Jon failed to continue in outpatient treatment or take prescribed medications. As a result, he was in and out of inpatient psychiatric hospitals, residential programs, and outpatient treatment for many years. He was in both Assertive Community Treatment and Assisted Outpatient Treatment. While at the current hospital, Mr. Jon required constant support to wake up, attend therapeutic groups, and for nursing to obtain his vitals. In addition, despite his medication compliance, Mr. Jon experiences only a partial response to treatment as he still endorses paranoid and grandiose delusions.

Mr. Jon’s insight into his mental illness, substance use, and dangerousness is impaired. He denies having a mental illness and has said that he does not need medication. He noted that he would discontinue his medication upon discharge from the hospital and “self-medicate” with marijuana. His engagement in psychotherapeutic groups is tenuous, and his treatment team describes him as “disinterested.” Similarly, he lacks insight into his violent behavior and reasons for engaging in violent acts.

Mr. Jon has not demonstrated frequent thoughts, plans, desires, fantasies, or urges to cause harm to others.

Despite medication compliance, Mr. Jon continues to state that he works at the Federal Bureau of Investigation’s law enforcement training and research center at Quantico in Stafford County, Virginia. At times, his speech is still illogical and non-coherent.

Mr. Jon has been partially treatment compliant. Initially, he required frequent redirection to follow ward rules and regulations and comply with expectations such as obtaining vitals, but this resistance has decreased throughout treatment. Nevertheless, Mr. Jon still lacks genuine participation in his psychotherapeutic groups. Notably, even in an intensive inpatient treatment facility taking his medication as prescribed, Mr. Jon lacks a complete therapeutic response to treatment as he continues to exhibit psychotic symptoms.

Mr. Jon has not followed through with outpatient treatment in the past. He denies having a mental illness and said he plans to discontinue his medication upon discharge. Therefore, he requires intense supervision (such as in an inpatient or residential setting) to continue to comply with appropriate professional services.

Mr. Jon wants to live independently upon his discharge; however, he does not have the financial means to do so safely, and his family is currently unwilling to allow him to live in their home. Before his incarceration, Mr. Jon was homeless for several years, supporting himself by panhandling. In addition, he has an extensive history of substance use. He would benefit from an environment that limits the opportunity to obtain and utilizes substances, as they likely are destabilizing for him. Therefore, supportive housing would be an essential and recommended requirement in the future.

Mr. Jon is estranged from his family and has limited opportunities for positive social engagement or recreation. As a result, Mr. Jon does not have a good social network, problem-solving support, or emotional support.

Mr. Jon’s lack of insight into his mental illness is a risk factor for noncompliance with treatment in the community. In addition, he demonstrates little motivation for future treatment engagement, and at present, he likely will not cooperate with plans regarding recommended professional services.

Future Problems with Stress or Coping

While not physically assaultive, Mr. Jon was threatening toward staff during his current hospitalization on a few occasions. As a result, Mr. Jon would benefit from learning more problem- and emotion-focused coping strategies to prevent him from engaging in future violence.

Mr. Jon has a moderate risk for future violence. In the past, Mr. Jon has used violence to achieve his goals, such as obtaining money or drugs. From a young age, he has suffered from a psychotic illness. However, his lack of insight and poor treatment responsiveness led to years of noncompliance, which exacerbated his psychotic symptoms. He stated that he does not need medication and plans to discontinue taking his medication upon discharge from the hospital. Medication noncompliance is likely to result in Mr. Jon becoming symptomatic and engaging in aggressive acts to care for himself in the community.

Mr. Jon does not have a realistic plan for a place to live, as he desires to live independently. Further, he does not have the means to support himself. He dropped out of school at a young age resulting in little formal education, and has no meaningful employment history. Mr. Jon has used substances since he was 14 years old. In addition, he is currently estranged from his family. In the past, these factors have led Mr. Jon to engage in violent and antisocial behavior to obtain means for survival and support his substance use.

His lack of education and social support, coupled with his psychotic symptoms and extensive history of substance use, puts Mr. Jon at risk of posing a danger to himself or others if he were to be released from the hospital to the community. These risk factors would be mitigated if he remains in an inpatient psychiatric setting, where his symptoms of mental illness can be mitigated, and he can be linked to transitional housing. It is crucial that Mr. Jon achieve a better treatment response and develop insight into his mental health, need for treatment, and violence risk. With structure and support provided in an institutional setting such as a non-secure hospital, Mr. Jon carries a low to moderate risk for violence.

To gain competency and build expertise in this area, check out our Violence Risk Assessment Certificate. It includes 10 courses, with 70 hours of foundational training and 80 hours of specialized content.

Difference Between Clinical Psychology and Counseling

Take a look into the differences, including career paths, education requirements and salaries. 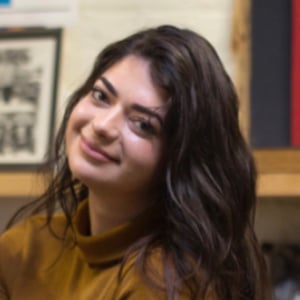 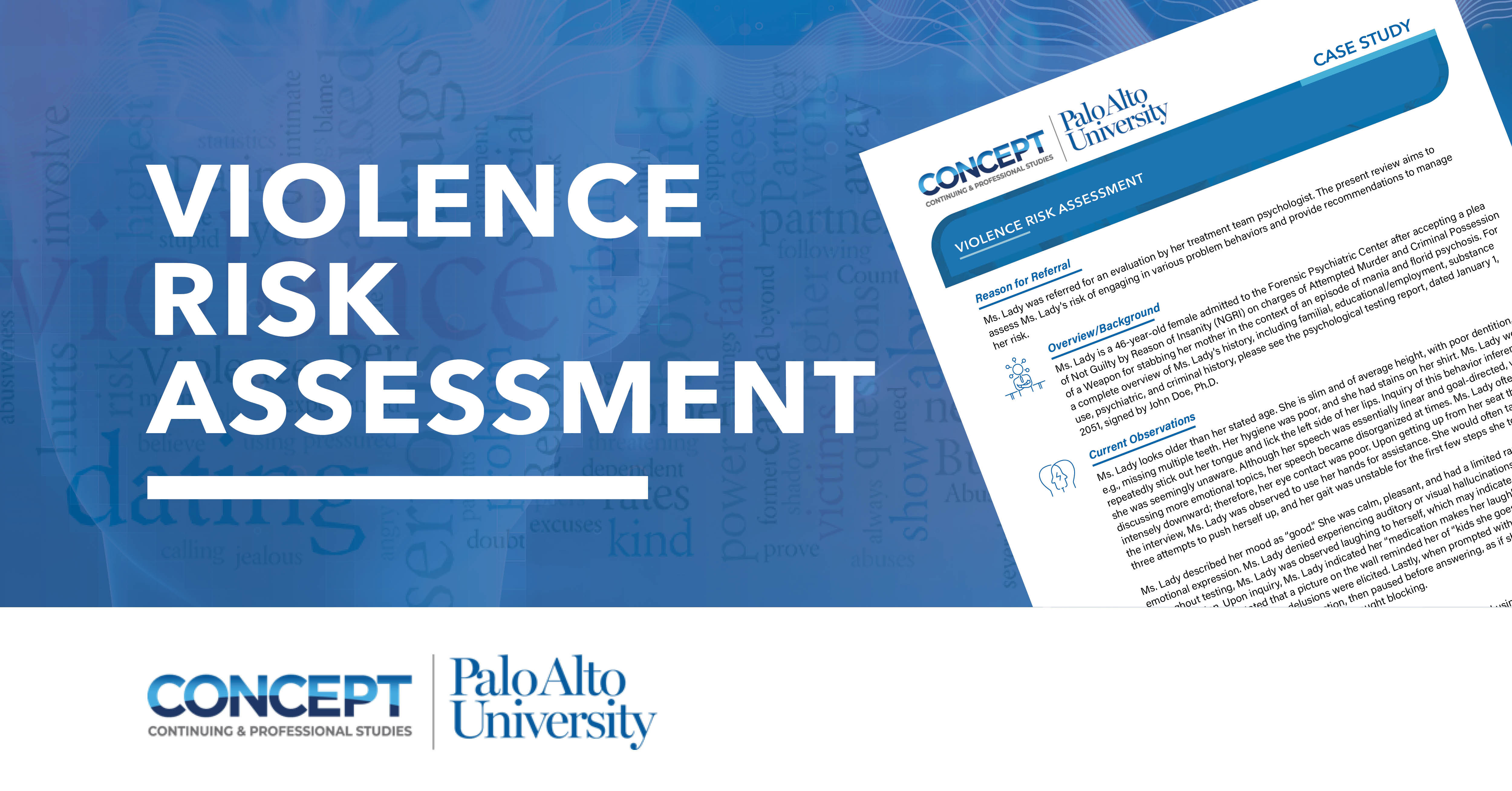 Below is an example of a violence risk assessment case that will give readers a better idea of how to assess violence risk.  ---- Reason for Referral: 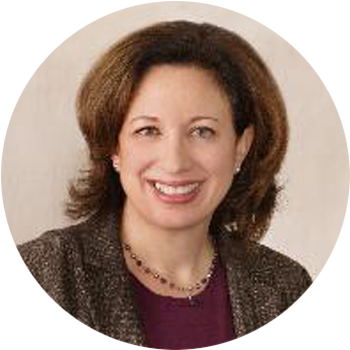